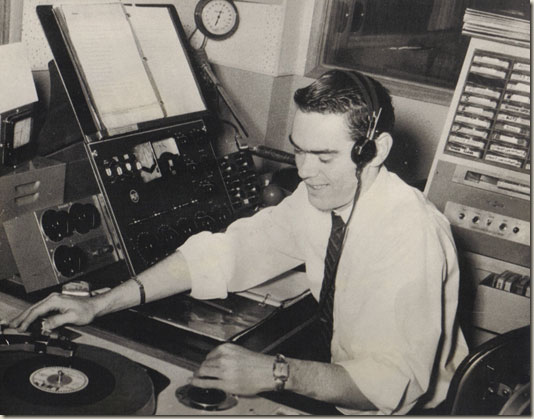 KISN was an AM radio station licensed for Vancouver, Washington but based in Portland, Oregon, broadcasting on 910 kHz and licensed for 5,000 directional watts. During the 1960s and early 1970s, KISN was not only the number one rated rock station in the market (the station followed a Top 50 playlist), but at times also rated as Portland's most popular radio station. Originally KVAN, it flipped format to Top 40 and became KISN from 1959 until 1976, when the FCC forced it to shut down.

KVAN came on the air in 1939 on 880 kHz and moved to 910 kHz in 1941, owned by Sheldon F. Sackett; by 1958 it was licensed for 1,000 watts and was co-owned with KVAN-TV, a TV station under construction for channel 21. When KVAN was a country and western station in the early 1950s, Willie Nelson was one of the DJs. He financed his own first single, "No Place For Me"; the record was backed with "Lumberjack" written by Leon Payne, who was also a DJ. KVAN was sold by Sheldon F. Sackett to Don W. Burden, and control transferred to Burden's company, Star Broadcasting, Inc.

KISN started broadcasting at 6 a.m. on May 1, 1959. In the previous 24 hours before its incarnation, the station continuously played "Teenage Bill of Rights" by Robby John and the Seven-Teens, which featured the words "Should we start a revolution? (Yeah! Yeah! Yeah! Yeah!)".

The new station continued broadcasting from above a furniture store in Vancouver until its Kisn Corner studio at West Burnside and 10th Streets in Portland started service at 6 a.m. on November 28, 1959. Though the FCC continued to recognize the station as being located in Vancouver, the original transmitter was actually located in North Portland at Smith Lake. It was later relocated to 4615 NE 158th Avenue east of the Portland Airport with wattage expanded to 5,000 directional watts. 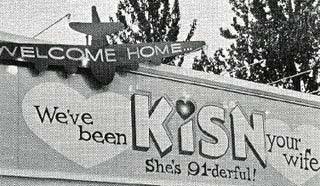 Within one year after beginning operations, KISN was Portland's top rated station. During one rating book in 1963, the station held a whopping 86% of the audience. Their promotions included a billboard at the airport exit proclaiming "While you've been away, we've been KISN your wife!" Among the many station jingles used was "Yours truly KISN radio." Later jingles included "The Mighty 91", "Good Guy Territory", and the short-lived "Have a happy day!" KISN also offered Portland the unique KISN Carol Tree, whose red, blue, and green bulbs flashed to the music being played, and the KISN Aerocar, a unique combination car and plane used for traffic reports. 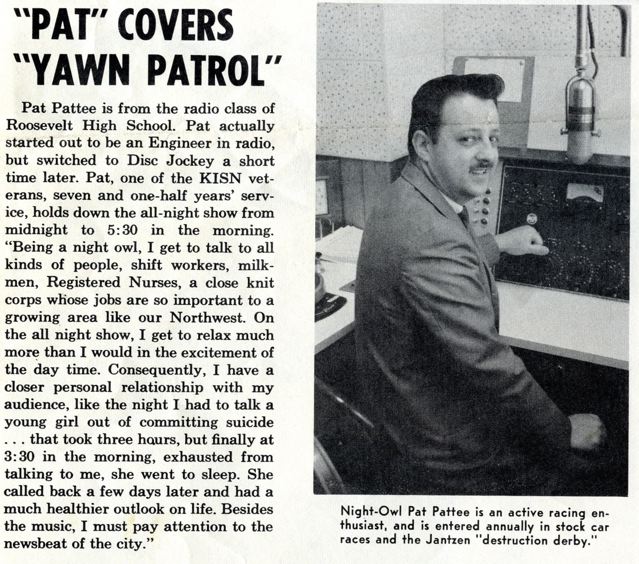 The station had numerous problems with the Federal Communications Commission over the years, including problems with city of license identification and the studio location, which was mostly caused by Burden's trying to associate KISN as more of a station connected to Portland rather than the city's neighbor across the Columbia River. Kisn Corner was considered a remote studio. Overnight and weekend programming, plus some weekday newscasts, usually took place at the transmitter. In 1970, following a complaint from disgruntled former disc jockey Paul Oscar Anderson, the FCC refused to renew Star Broadcasting's broadcast licenses, citing political partisanship in the U.S. Senate campaign of Mark Hatfield on KISN. After deciding to issue the licenses again in 1973, the FCC refused renewal again in 1975. After the U.S. Supreme Court refused to hear the case in May 1976, the FCC denied KISN's request to stay on the air, and the FCC was on hand to insure that KISN was taken off the air at the end of September 2, 1976, going so far as to require that the station broadcast their final program directly from the transmitter site. Star stations in Omaha and Indianapolis also went off the air.

In 1988, KKSN-FM, 97.1 MHz at Portland, Oregon, started broadcasting golden oldies with the same "kissin'" pronunciation of the station name. Some other well known DJ's on this version include Craig Adams, Steve Lloid, John Williams and Scott Tom among others. The FM station (now KYCH-FM) changed to an adult hits format in 2005. The oldies format would return to KKSN-AM until its final demise in 2007. 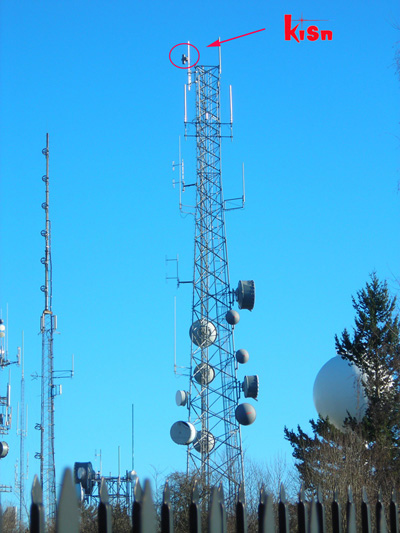 Following the discontinued operation of the KISN internet stream, Scott Young contacted Ken Seymour of the Western Oregon Radio Club (WORC) to explore opportunities for joining forces to resurrect KISN radio. The WORC recently received a Construction Permit issued by the FCC to build a new low-power, non-commercial radio station assigned to Portland on 95.1 FM. The WORC, led by President Ron Polluconi and club member Ken Seymour, were planning to move the club's existing radio station, KQSO-LP, from Newberg, Oregon to Portland's Mount Scott. On August 26, 2014, the WORC installed the transmit antenna for 95.1 on a tower located in a communications compound on Mt. Scott. On October 21, 2014, Ken Seymour successfully negotiated use of the KISN call sign from the licensee of the current KISN radio station located near Bozeman, Montana. Subsequently, a press release was issued on November 28, 2014 where Ron Polluconi announced that "finally after 38 years the KISN call sign and radio signal will return to Portland via the FM airwaves". On May 1, 2015, at 9:51 a.m. KISN-LP commenced broadcasting 24 hours a day 56 years later to the day when the original KISN launched in 1959.

Several well-known radio personalities passed through the KISN studios. Among them were:

For those really interested in history, you can get the FULL chronological history of KISN radio courtesy of KISN good guy Craig Adams. Click here.