CAN YOU HEAR US?

Since KISN is authorized by the FCC to operate as a Low Power FM radio station, reception is based strictly on your geographic location (in relation to our transmitter on Mt Scott), terrain, and how well your receiver is designed. To a lesser extent, time of day, sunspot cycles, and other Morphology features (vegetation, buildings, water boundaries, etc) will affect the signal level received at your receiver too. The other variable is co-and-adjacent channel interference that the receiver picks up from other FM stations.

Figure 1 below, shows the FCC signal level contours based on the location of the transmitter. The signal levels in the legend are estimates based on computer simulations. Obviously, the closer you are to the transmitter site you are located the better you will receive the signal. Although, the map is relatively easy to view and interpolate, it doesn't really show how terrain and other features effect signal propagation. 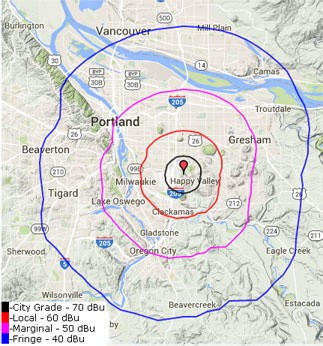 Figure 2 below, shows the computer simulated modeling using terrain data as the foundation. Thus, this type of map will give a better indication of how terrain affects the signal received by your radio. Theoretically, this is the signal that you would receive on your radio in a "totally interference free" environment. An interference free environment will never happen in the real world as there are co and adjacent channel interference scenarios that all stations are subject to. 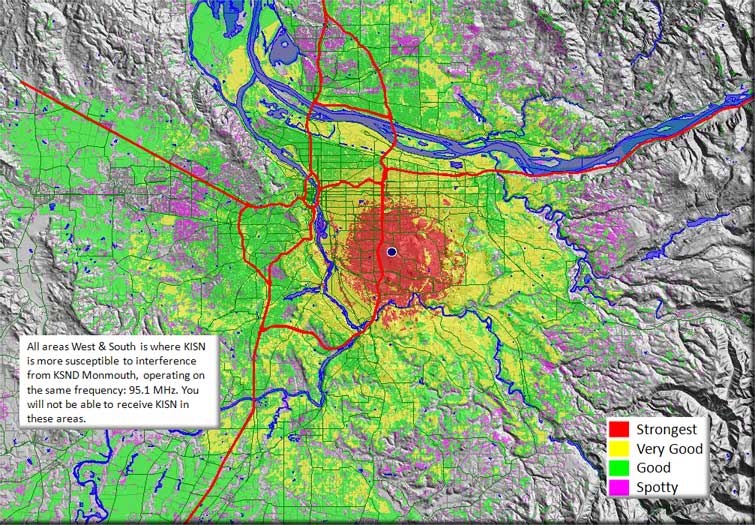 Specifically, KISN is subject to co-channel inference from another FM station, KSND, located west of Monmouth that also operates on 95.1 MHz. In areas to the west and south of Mt Scott (and to a lesser extent in other areas) you may experience KISN's signal being overcome by KSND with its Spanish language format.

The map shows how the terrain affects KISN's signal. Other factors are also taken into account with this computer model. Such as Morphology as mentioned above. Notice that the Yellow "Very Good" (50 dBu) signal color goes quite a distance beyond that of where the 50 dBu signal in Figure 1 shows. This is partially due to terrain that typically slopes and faces the Mt. Scott KISN transmitting antenna. In addition, due to the height of Mt Scott, there are less Morphology losses which correspondingly reduce the path losses between the transmitter and receiver. Thus, the signal is received better in those situations. You can also see how the terrain shields some of the signal in areas where the color changes abruptly within a solid color area.

Figures 3 and 4 are closer zoomed in maps that show more detail. Remember, these illustrations are just computer models and the coverage maps are not 100% perfect. But, it gives you a basic idea of what coverage you would expect to receive on your car radio. Notice, that we said "car" radio. Only in the Red (and perhaps some Yellow) coverage areas are you likely to receive KISN on a "home" receiver. In the Green areas, KISN does not have enough signal strength to penetrate into your house and be captured by your receiver without the use of an external antenna. 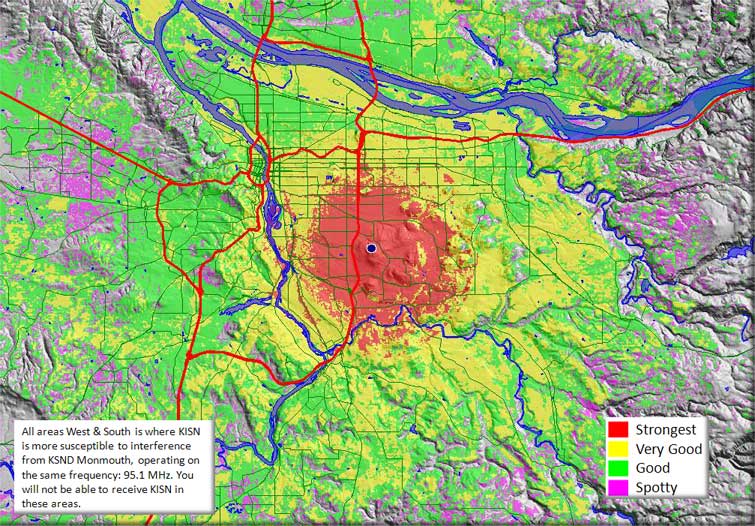 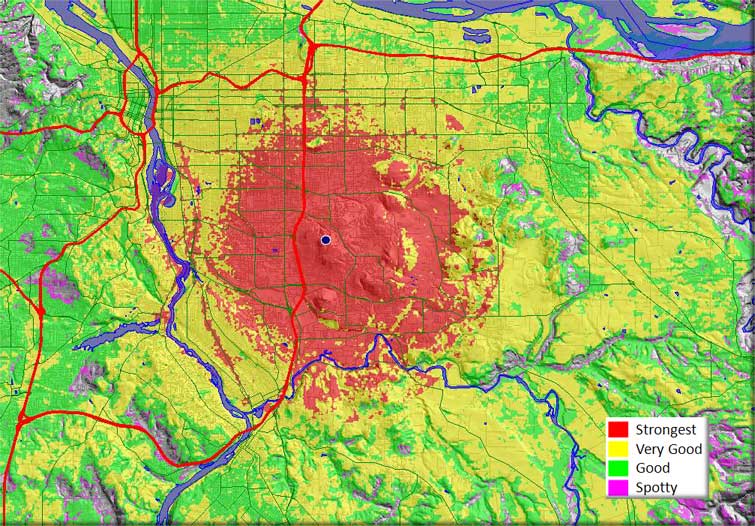 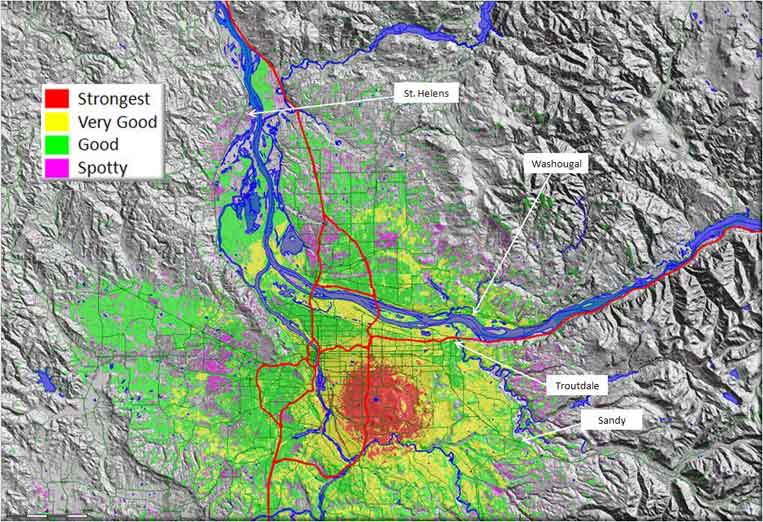 For those listeners who are more ambitious and would like to install a Yagi antenna on your rooftop to pick KISN up better in fringe areas we recommend selecting an antenna similar to this one available from Amazon.

This is a directional antenna with relatively high gain. It should work well with most home tuners and stereo receivers. You will also need to purchase an inexpensive impedance matching Balun which is very important to have in order to match the antenna impedance to that of the coax that you feed to your receiver. Yagi antennas have 300 ohm output impedance and they must be matched to the coax line to insure minimal signal loss. Typical 75 ohm coax to use is RG 59/U and can be found on the web or locally at hardware stores. Refer to Figure 6 for details on antenna installation. 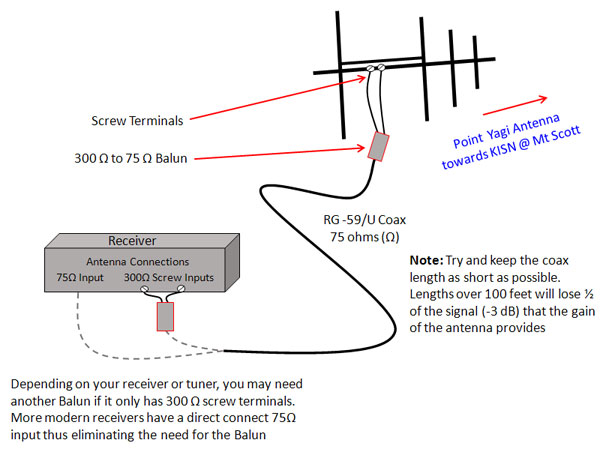 If your car has an "Auto Scan" or "Seek" button on the radio where it searches for stations, odds are that the radio will not find KISN unless you happen to be in an area where our signal is strong. In this case, you need to put your FM radio into "manual" tune mode. Then, tune to 95.1 by jogging through the frequencies. Once 95.1 is found and tuned-in, follow up by setting your radios "preset" button. It isn't real clear on most car radios how to get it into "manual" tune mode. So, you may have to dig out your vehicle user's manual and read up on how to do this.